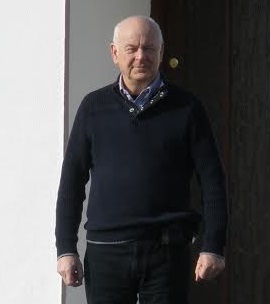 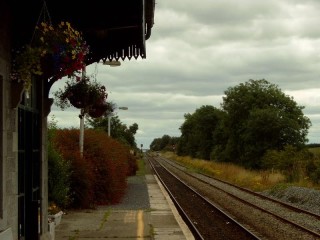 When I left school at 14, I worked in Athenry at Tommy Fox’s public house where I trained as a bar tender for around two years. I moved back home to my parents in Woodlawn so I could further my experience in the bar trade. I carried on my work in bar tending at Garvey’s public bar in New Inn for some time so I could get myself more grounding in the trade. I then decided to go in a different direction by working for my father, Dudley Mitchell in the building trade. This experience I picked up stood me in good stead for the rest of my life-time as I could always do my own repairs to my home and help out my neighbours when needed. I then decided finally to fly the nest and the comforts of my parents home, by moving to Dublin where I worked in a restaurant called the Silver Tassie in Laughlinstown. I worked in the bars and sometimes waited on tables. With the experience that I already gained in the business, the work became very enjoyable and I achieved a good salary. The management and owners really took care of their staff and it was a joy to work alongside my workmates.

I then came to a decision to move to England as I felt it was time to broaden my horizons; this was in the summer of 1967. I worked as a bus conductor at Garston Garage, Watford, Hertfordshire for some years.  As there was little opportunity for advancement, I again decided to change my career. My next move was to work for British Rail at Watford Junction as a train Guard and later as a roving conductor Guard/Ticket Inspector.  The chances of promotion in the industry was very limited, or non existent, so I then decided to change career direction again.

In November 1972 I started work at Vauxhall Motors in Luton, Bedfordshire as a production operator. Some years later, I was promoted to the department of Quality Control Inspection and a few years later as a Team leader in the same department. Finally, I was promoted to a Quality Control Supervisor where I spent approximately the last 15 years of my working life before I took retirement after being with the company for over 37 years.

I had a varied career and thoroughly enjoyed it.

Woodlawn will always hold a special place in my heart and will continue to do so.