You are here: Home>topics>Education>Shanballard N. S.

Making Shapes with Slates and Marla 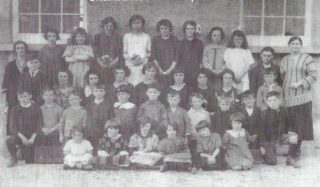 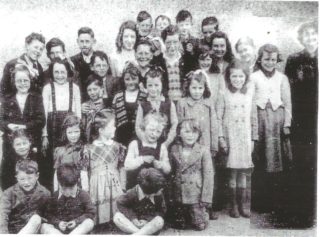 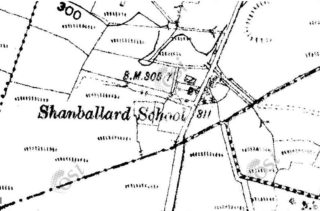 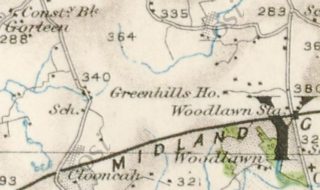 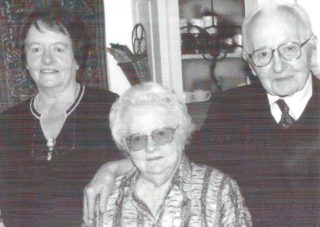 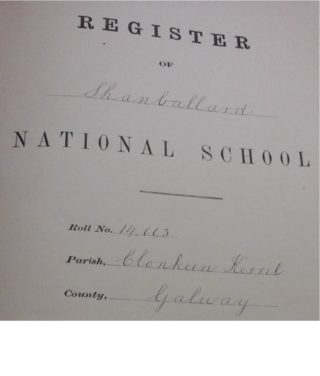 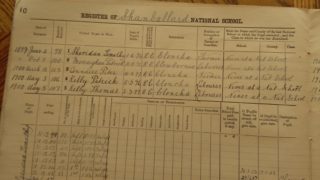 Hedge and Pay Daily Schools were located in Gurteen, Gleannamucka and Forest View. Forest View was nearest to Shanballard. The teachers in those institutions relied on the money that they collected from the families of attendees. Fees varied from 1 penny/week/ pupil to 25 pence per Quarter. Tutors could be expected to earn between £10 and £25 per annum. The passing of The Irish Intermediate Act of 1878 by the British Government made it impossible for the old system to function.

The school was located close to the boundaries of Cloncagh and Ballymacward-Gurteen. The first national school, St. Monica’s, was built in 1896 and was used until 1981 when its pupils transferred to St. Kerrill’s National School.  St. Kerrill’s replaced the schools at Clonkeenkerrill, Shanballard and Tample. Like most schools, Shanballard relied on local fuels of turf and timber for heating. Very often parents would bring cart loads of turf to the school, although sometimes the pupils themselves carried the sods. The school did not have electricity or other sources of power in the early days. The school building is registered as Protected Structure 3040721 in the National Inventory of Architectural Heritage.

Playground space was limited. Hurling and sports of that kind had to be abandoned after a short time. However, Shanballard had a long history of participation in community games. One of its Principals, Mike Blehein, often transported the students to various venues in order to participate in them. His wife, Mai, was the unofficial school nurse.

Mikie was interested in cars and encouraged his charges to engage in a hands on approach by deconstructing and reassembling various kinds of vehicles. Nature studies were facilitated by the fact that St. Monica’s was located in the heart of woodlands and had a bog close to it. Pupils learned about bee keeping and the production of honey. In the area of language, learning Irish was easier because there were a number of fluent speakers living nearby.This enabled pupils and teachers converse in Gaelic outside of the classroom. Current affairs, local knowledge and folklore were always given a generous amount of space and on one occasion students were taught to trace the atmospheric pressure via the barograph on the window. Information on crop cultivation could be gleaned from the vegetable plot in the school yard.

In the early days at Shanballard there were many games in vogue that are seldom played nowadays. Pot Hooks and Hangars was one of them. Players linked arms as they stood back to back. One bent forward and raised the other off the ground. The second player reciprocated and the game continued until the participants tired. Attymon children played ‘Buckedy Wedy.’ This involved placing a piece of timber across the railway bridge and using it as a see-saw. Fortunately, there are no records of serious injuries or fatalities.

Teachers at Shanballard included:  Mr. Blehein, Mrs Duffy, Mrs. Thornhill, Mrs. Kitt, Mrs. Ward. Julia Dilleen-Duffy, Mr. Clery,Tom and Mrs. Murphy, Margaret Mahon-Kitt, Mary Nally-Kyne, Maureen Blehein-Thornhill, Catherine Dilleen, Anne Ward and Dermot Maloney. Most of them lived locally so this meant that teachers and pupils knew one another well. Another plus for teachers was the two storey residence, close to the school,  given to the Headmaster and his family.

The School’s Collection of Folklore

Information was transcribed from Shanballard National School Roll No 14,663, Parish Clonkeen Kerril, County Galway with kind permission of Fr. Sweeny and Mrs Ann Ward, Principal of Gurteen N.S. We have uploaded the names in alphabetical order for your convenience.