Journal entry for one visitor to Woodlawn 2009 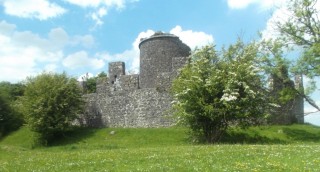 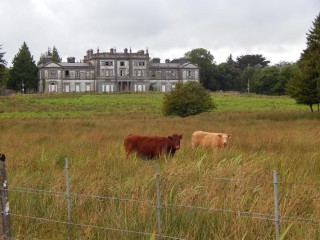 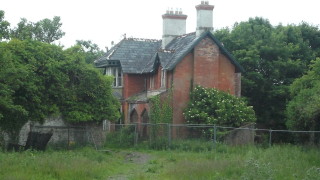 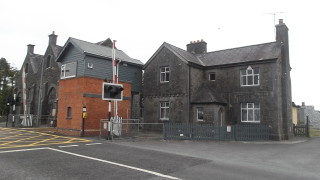 I met with Celsus and his wife Mary and we enjoyed a meal together along with Christopher, their son, and Margaret, their daughter.  After we ate, Celsus wanted to drive me around to see some of the local sights.  By now it is almost 9 pm and I’m thinking I need to get started driving back to Helen’s.  But Celsus was so excited, and it stays light very late in the summer, so we got in his car and began the tour.  First we went to the Ashtown Mausoleum, but preliminary to that we stopped to get the key from Michael Daly, a very nice man who is also interested in local history; he even wanted to go with us so the three of us took off.  The family name connected with this area was Trench.

We drove down “The Golden Mile”; this appellation refers to a competition similar to the Tidy Towns scheme.  However, where Tidy Towns relates to villages and towns, “The Golden Mile” relates to areas of the countryside; it is an award designed to spark local interest in area heritage.  The mile tour of an area highlights points of interest and plaques/signs are scattered along the way describing what a particular item is and why it was, or is, important.  Here “The Golden Mile” seems to be, not surprisingly, centered around the Ashtown Estate.  Some of the labeled ruins include Woodlawn House itself from a distance, the stables, the romantic White Bridge, the Icehouse, the Gardener’s Cottage, etc.  Very interesting.  We also saw some other sites such as the railroad station and the many buildings that were associated with the railroad.  Celsus showed me the stone house in which his father was born.  Both Celsus and Michael Daly are very good friends and obviously are in love with their area and its rich history.   How very fortunate I was to find these helpful and enthusiastic people.  Here again, the day was spent with interesting, friendly people who with pride and generosity shared with me their unique historical sites and landscape.  I am in their debt.

The above text is a product of my memory, my research materials, and my journal entry for June 26, 2009.