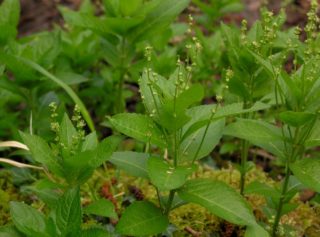 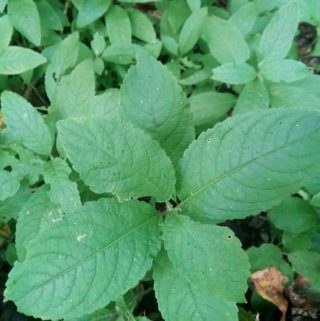 Identification Tips: Smallish plant growing to about 40cm. Leaves opposite and toothed. Tiny greenish-yellow flowers. The female flowers are long stalked while the males are catkin like spikes.

Flowering: From about February to April

A Bit More About Dog’s Mercury

This is a plant that I spent many years looking at but really had not a clue what it was. This was until I read on the Coillte Website, that there was a rare plant in the woods. When I looked up this plant in a flower book and checked its description, I finally found out it was the rare Dog’s Mercury. There are a few records across the island of Ireland for this plant. It is thought to be native to a few places, for instance the Burren and possibly here. It is not known exactly why the plant is here, but it is rather unlikely that it was ever planted. It is however a woodland plant and seems to thrive here in Woodlawn. You will especially see it along by the verges on the Nature Trail.

In England and Wales where the plant is more common, Dog’s Mercury is considered an indicator of ancient woodland. I am not sure about whether we can say that here, however the fact that it is growing in close proximity to the remains of the Clogger’s Hut (who would have a vested interest in maintaining stands of birch and alder to make their wooden clogs). This may have ensured a continuous cover of trees in this area over the years. If you have any other thoughts on why Dog’s Mercury might be here, we would love to hear them.

The plant is poisonous to eat and should never be foraged. It is also poisonous to livestock and it should never be given to cattle and sheep. Indeed, in traditional medicine a ‘dogs’ plant often referred to a plant that had no special uses and was indeed perhaps best avoided. Dog’s Mercury is however a pretty plant in its own special way – keep an eye out as it flowers in early springtime.