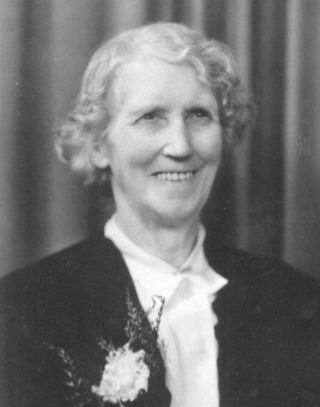 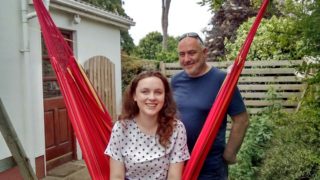 The information I had about the Robinsons at Woodlawn came from oral recollections by my father and grandmother, both now deceased. I came across an excellent website, Winters Genealogy which corroborates the oral record. This webpage gives details of the Robinson family, including Ellen, who I think would have been my great-aunt. This photo of her and a short biography is on a link from this page. She worked in Woodlawn Post Office as an assistant to her Aunt Susan according to Census Records 1901.

The Winters website mentions that Catherine Grace Robinson “is assumed to be the daughter of James Robinson and Ellen Fitzpatrick on the basis of a newspaper report describing her son W.A. Campbell as the nephew of Mrs. Sheirson of Woodlawn”. This would tally with some family notes I have, and recollections of conversations with my father. My father said that WA Campbell was William Alexander Campbell, known as Billie, who joined the Sherwood Foresters in the British Army during the First World War. I am trying to find out more about him and the ‘older’ members of the family at present.

I recall mention by my father that Catherine Grace (who would have been his grandmother, but predeceased his own birth) had originally been from the West of Ireland, but he was not sure precisely where. He claimed Catherine Grace met my great-grandfather in Kildare in the 1880’s. How she came to move from Woodlawn to Kildare is unknown, but her marriage certificate shows she was, in her twenties, a servant at Sallymount, near Kilcullen/Newbridge. This farm is now part of  one of the Irish stud farms owned by the Aga Khan and continues to carry that original name.

We know with certainty that Catherine Grace Robinson married Thomas Campbell on 16 March 1886 in St. Peter’s Church of Ireland, Dublin (now demolished, but previously located on Aungier Street where a YMCA building is currently situate). He came originally from Tyrellspass in Co. Westmeath but we have no record of his predecessors. Like Catherine Grace he was also a servant – starting out as a kitchen boy at Castletown House in Co. Kildare during the fallow years of that great Irish house. During his tenure Tom and later Thomas Connolly were in residence, and the house was hired out to other tenants for long periods of time. There is a photo of Thomas Campbell, as a young boy, sitting on the ground with crossed legs and looking after a dog, among a picture of a group of servants, displayed on a wall at Castletown. I have previously tried to obtain a copy, but to no avail yet.

By the time Catherine Grace Robinson and Thomas Campbell married he was working as a servant in one of the large Georgian houses around Fitzwilliam Square in Dublin though I have been unable to find out who the family were (I can establish the owner of the property, but not the tenant). After their marriage they moved around considerably, presumably following the families they worked for, as servants did in those days. From some handwritten family notes we know their early marital years involved living near Kilpeddar/Greystones in County Wicklow where their three eldest boys (Thomas, George and William) were born. We are not certain where the next three children – Ethel, twins Catherine (Kate or Katie) and Eileen (who died at birth) were born, but it is likely to have also been at Kilpeddar.

The family moved by the 1890’s to Newtown Park/Carysfort Avenue near Stillorgan in County Dublin where two further children, Gertrude (Gertie) and Victoria (Vicky), were born. The family seem to have returned to this area again sometime between 1911 and 1920.

Next was a move to the north side of the city, to Raheny/Kilbarrack where all of the family lived and worked in a large house called Swansnest, still servants with the same family. The two youngest sons –  Robinson (Robbie) and Sidney Samuel – were born there. The latter of the children (Sidney) was my grandfather.

Unfortunately I do not have any knowledge of the extent to which she visited and kept in touch with her original family at Woodlawn although I do recall my grandmother saying that she and her husband (Sidney) had visited Galway during the 1920’s and she herself had visited often in the 1930’s, so presume at least some of their visits had been to Woodlawn.

My father married Elizabeth Gunning in 1958 and they have two daughters (Linda Campbell-Haddleton, who now lives in the Cayman Islands) and Ann O’Hara (who lives in nearby Rathfarnham) and myself (Mark, who married Sue and now lives in Ballinteer).