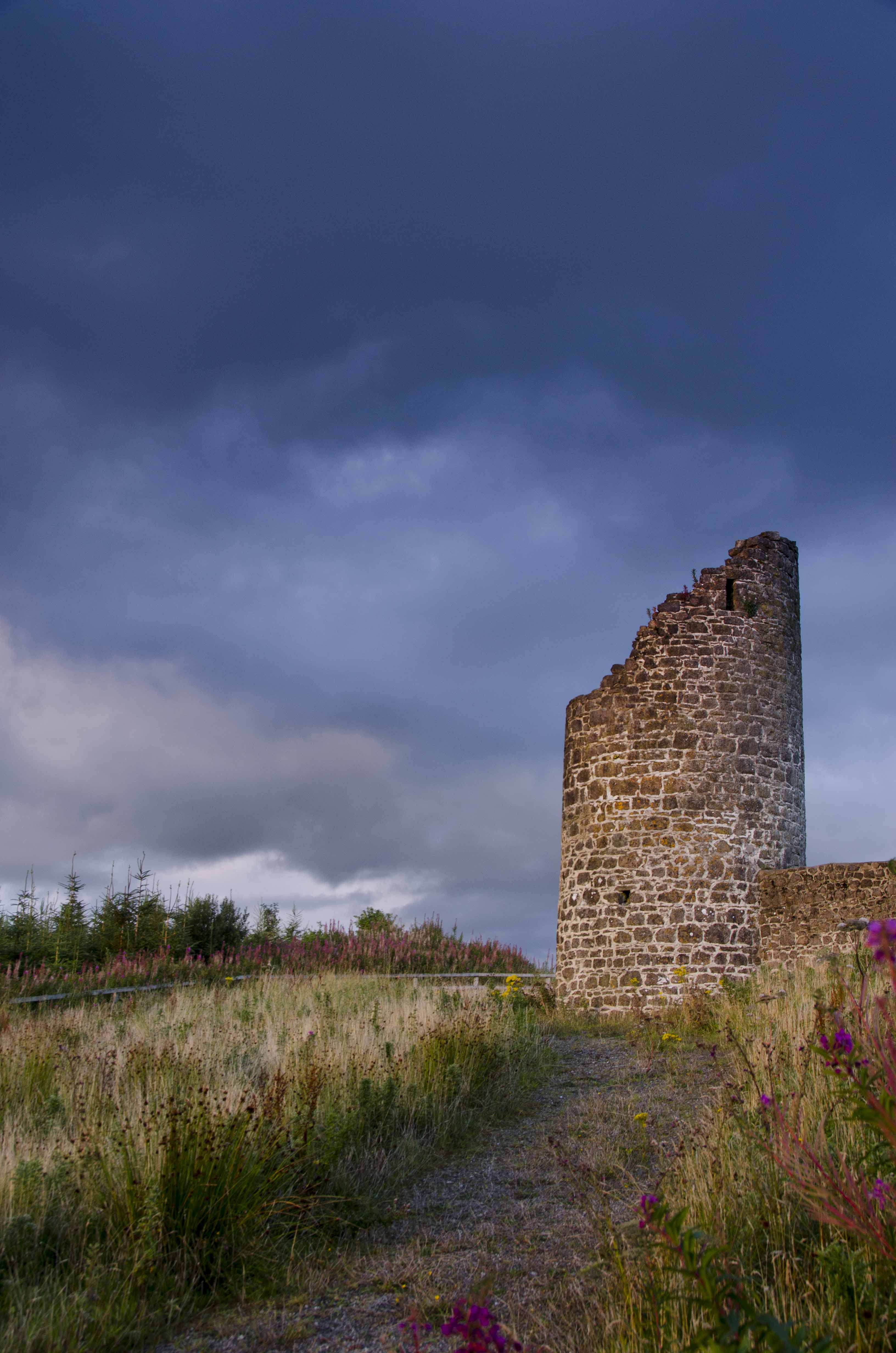 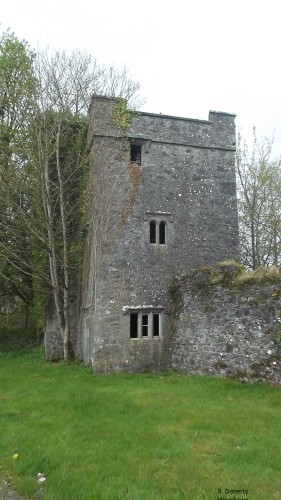 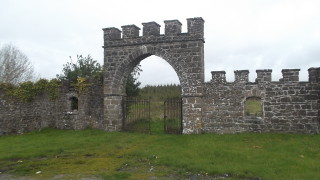 Located along the New Inn – Ballinasloe Road R348 and to the south east of Woodlawn House are the gates of a ‘sham entrance’, with gothic style features. One would be forgiven for mistaking this as an ‘original’ entrance to an older abode which was the desired effect in its construction in the nineteenth century. These architectural features added to the grandeur of Woodlawn House & Estate. Re-pointing and conservation works have been carried out by Woodlawn Heritage Group.

Recorded Monument GA 086:249 (Folly Tower) looks like a round tower in ruins, when in fact it was never actually finished (NIAH). Circular in plan, with an entrance at ground level.

A square – plan medieval style tower house, known locally as Grucock’s Castle amongst other names, is significantly smaller in size than the type it emulates (Anne Carey, 2016).  It is described as detached single-bay three-storey towerhouse-style gate lodge, built c.1850 (NIAH). It does contain original medieval stonework, re-used in the opes, which are C15th – C16th. (Christy Cunniffe, pers comm). These openings all vary with pointed triple-light to the ground floor, double pointed to the first floor and single square-headed to the top storey.

A pointed masonry arch is set in a rubble stone wall and topped with crenulations to complete the gothic style. Double – leaf cast iron gates are hung in the opening.

More detail of the ‘Architectural History and Context of Woodlawn House, by Anne Carey features in Woodlawn – A History, Published by History Press, Ireland and available to purchase at Woodlawn Post Office or contact us here.