You are here: Home>People>Working on Woodlawn Estate 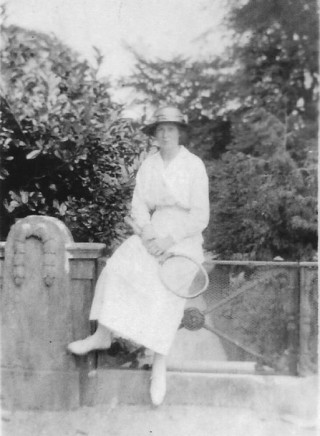 My father did farm work, mainly, on the Woodlawn Estate. He worked for Gerald Trench, Bob Trench, Derek in later years. He worked also with Dudley Mitchell at the building. Dudley was the local builder and he was the man who was building the bungalows and the few houses that were put up. My father found Woodlawn Estate a good place to work because there was a land steward there and he was good to the men that were working and they were always sure of their wages. He was pretty happy all the years he was there. They had eight to six, now, I suppose, fairly long hours. But it brought him in a wage that sent us to secondary school and he was grateful to have it back in the 60’s.

They used to have good quality stock on Woodlawn estate alright and I remember they built a tennis court there during my father’s time. Derek Trench built the tennis court and two fellas came from England and did it.  They did a lovely job. They did it manually with shovels and rollers. They didn’t have mechanisation or diggers at that stage. I think it’s still there. My father enjoyed his time there and he retired out of it in 1967.

The house I’m living in now was a Woodlawn Estate house. It’s similar to Willie Lynskey’s house. They were both the same type of house. I’d say they were all built by the Ashtown family. So it’s pretty old, this house. It’s not too bad, sure. It could do with a bit of paint now maybe. Maybe next year I’ll get round to it again.