You are here: Home>People>Harvest Time 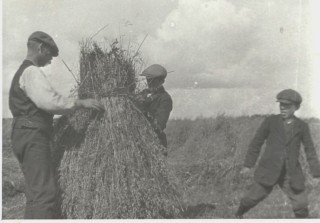 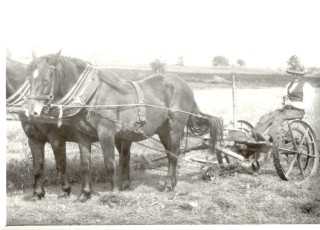 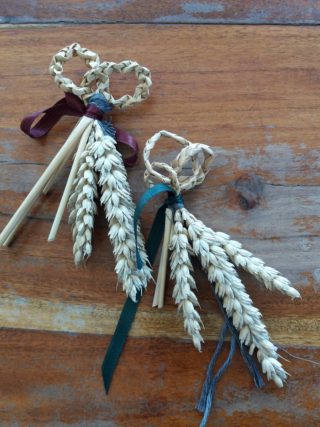 ‘A man would be cuttin’ it with a scythe, a man would be makin’ sheaves an’ the third man would be stookin’ it. The women used to bind it, and tied the band around the sheaves.  It would be stooked up in the haggard in the evening then. There’d be – four an’ four is eight – there’d be eight and 10 sheaves put standin’ on the ground an’ two put on the top an’ tied, makin’ a stook of it.  After a week or so they’d have to be put into stacks, a big mound.

‘Twould be thrashed then during the winter sometime. I saw me father thrashing it in the barn, with a flail which was like a whip made of timber. All the thrashing in the olden times was done with the flail in the barn. And they had a griddle with holes to take the chaff out of it. There was no dance (in the barn) after the thrashing, in my time anyway…’

(From transcript of interview with Joe Quinn)