You are here: Home>People>Living in Woodlawn

In Conversation with Michael Daly 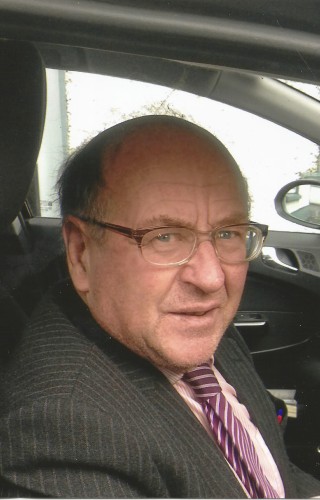 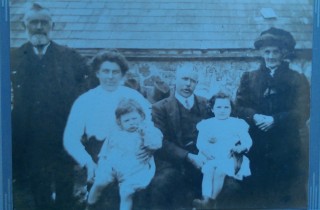 I was born in August 1949. I have lived all my life in Woodlawn. I attended Woodlawn National School during the mid to late 50’s and into the early 60’s and in 1962 I went to Garbally College for five years. I travelled by train each day to the College, from Woodlawn to Ballinasloe, and cycled from Ballinasloe Railway station up to the College. I did my Leaving Certificate in 1967 and after that I went working in Dubarry shoe factory, at clerical work. I worked there for two years, from October 1967 to October 1969, and then I was temporarily unemployed. In August 1970, I started work with the ESB in Ballinasloe. I worked there for the last 39 years with only one slight interruption of one year when I was doing temporary work for the ESB, making meters.

My mother was from Curra and she had had three brothers. She was an only surviving sister. My father had two sisters, one who lived in Galway and another sister who lived in Woodlawn. My grandmother died in 1941. She was a native of Glasson. My grandfather came from Mullingar. He came to Woodlawn about 1910, working on the Railway up until 1941.

My aunt, Josie Daly, was a district midwife. You would be talking about, I suppose, from about 1940, the War years, on. She followed my late grandmother who was a midwife for that area, a big area. Aunt Josie got married in 1944 and she continued working at it, I’d say, for a few years after that as well. She married Paddy Quinn and they lived in Killaan House, the big house now occupied by Derek and Nicola. Auntie Josie had two daughters and two sons, Esther and Mary and the late Paddy and the late Martin. Her son, Martin, died in a road accident on the 25th of November 1977. Tomorrow will be his anniversary. Paddy died on the 16th of June 1992. He was only 44 years of age. My other aunt, Rita, worked in Galway and married a Galway native, Eddie Mitchell, in 1936 and lived all her life in Galway until her death in 1996.

I have two sisters, altogether three in the family. My two sisters are both younger than me. Mary is married to Tomas Mannion and lives at Lavally, Tuam. Anne is married to John Coughlan and lives in Killimor. Both are 25 miles from Woodlawn, we’ll say.  They’ve got four children each. Anne has two daughters and two sons. Mary has got four sons; they are all working now. Anne’s family are all working too. Her eldest daughter is a secondary teacher, her second daughter is working at pharmacy in London. And the two sons are working in the engineering business; they do a bit in Galway there. And Mary’s sons – one fellow is a carpenter and the other fellow is a welder, and her youngest son is at college now in Dublin.

My granddad worked on the railway all his life. Maybe…1875, he was born. He started in Mullingar I suppose in about 1890 or – at a fairly early age anyhow. Probably about 20 years in Mullingar before he came to Woodlawn and he worked for 30 years in Woodlawn anyhow as a signal man