You are here: Home>People>Roll of Honour

For King and Country 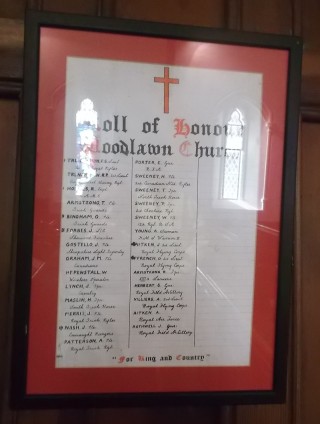 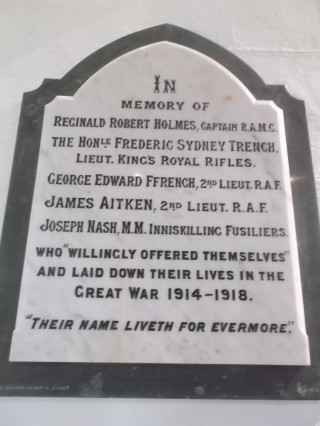 The following names are listed on the Roll of Honour, hanging inside the door of Woodlawn Church. This is a tribute to those who once worshipped in Woodlawn Church and served in the First World War. A memorial also hangs on the southern wall in memory of those killed in action. Lord and Lady Ashtown had a stain glass window erected in memory of their son Frederic killed during the Battle of the Somme, 1916.